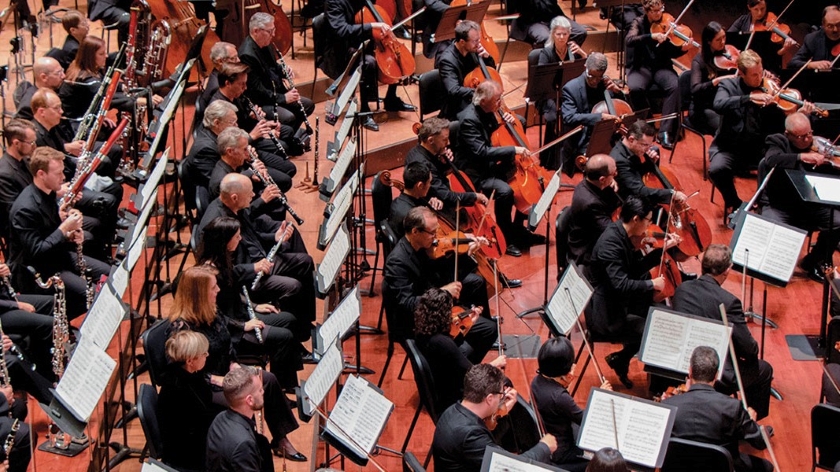 Musicians of the Cincinnati Symphony Orchestra

“Felicity James arrives as associate concertmaster, having previously held the same post with the Minnesota Orchestra. She has also been concertmaster of the Verbier Festival Orchestra and the Colburn Orchestra, her alma mater, and has a guested with the Cleveland Orchestra, among others.

“Among three new bassists, Stephen Jones joins as assistant principal, a recent graduate of the University of Cincinnati’s Conservatory of Music (CCM). He’ll be playing under his teacher at CCM, orchestra principal Owen Lee. Jones also studied at the Eastman School and Bard College Conservatory. Native Venezuelan Luis Arturo Celis Avila was a CSO Diversity Fellow last season who also studied under Owen Lee. His degree is from Boston’s Berklee College of Music. Former Cincinnati Youth Orchestra bassist Gerald Torres is the third new member of the section, most recently with the Grand Rapids Symphony. He’s a graduate of the Oberlin Conservatory, with subsequent study at the Cleveland Institute and Carnegie Mellon University.

“Joe Bricker, percussion fellow with the Civic Orchestra of Chicago from 2019-2022, arrives as associate principal timpani and percussion in Cincinnati; Rebecca Tutunick, on utility flute and piccolo, is a recent member of Bard’s TON Orchestra, with a degree from the University of Miami’s Frost School of Music…. Violist Dan Wang is a first year Artist Diploma student at CCM, studying under … CSO principal viola Christian Colberg, while [violist] Gabriel Napoli arrives fresh from the New World Symphony. Cellist Daniel Kaler is a new MM grad of Shepherd School of Music at Rice University…. Christina Eaton, who joined the CSO as associate principal librarian in 2008, is now principal.”