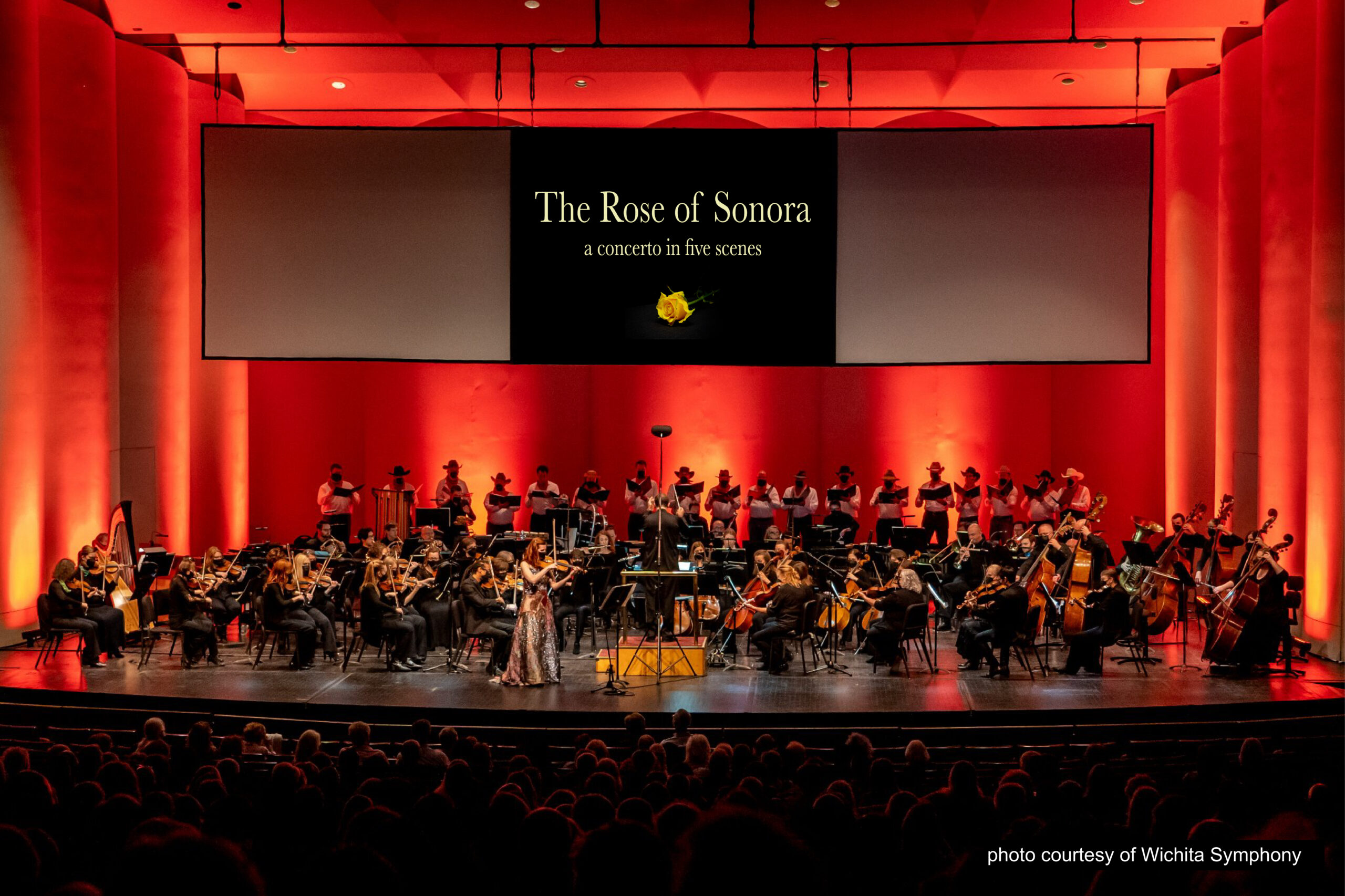 “If there was an epic Western soundtrack style violin concerto, I’d be all over it.” That’s what violinist Holly Mulcahy wrote on social media. Mulcahy is concertmaster at the Wichita Symphony and a noted soloist who champions performing works by living composers. She was on the lookout for an evocative new work that was exciting, inclusive, and, most of all, geared toward today’s audience.

Award-winning film composer George S. Clinton answered the call and composed The Rose of Sonora, a violin concerto about a heroine in the Wild West. The work is written for solo violin, orchestra, and male chorus and, according to Clinton, is “full of the sweeping melodies and exciting rhythms that one might expect in an epic Western film score.”

“George and I spoke by phone several times as we discussed and planned what kind of concerto this should be,” says Mulcahy. “I traveled to Los Angeles to work with George at his studio. When he shared his idea of a story arc about a female outlaw compiled from the stories of actual female outlaws, I knew we had something unique and very much needed. Not only was it a story that captivates, it gave me what was missing from just about every Western movie I’ve watched: A strong female lead.”

As a concerto in five scenes (movements), each scene tells a part of Rose’s story. “There are no images,” explains Clinton, “just a text description of each scene projected above the orchestra before it is played. The audience then creates their own mental movie as they listen. Nothing is more powerful than human imagination.” 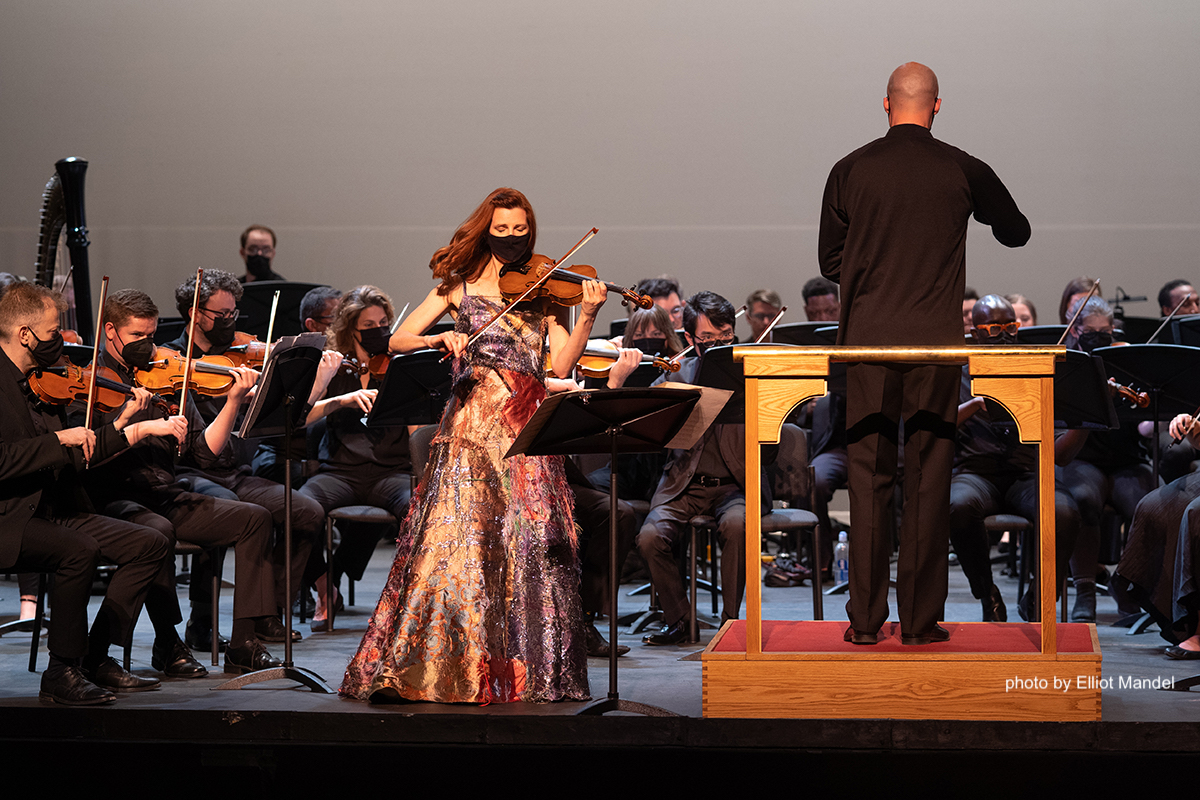 For the solo violin part, Mulcahy and Clinton merged both classical and fiddle techniques to give Rose her musical voice. “Holly brought her classical world experience and I my film music world experience always keeping in mind the third, and most important collaborator, the audience. It was one of the most gratifying creative experiences I’ve ever had.” says Clinton. “Every orchestra we have worked with and each new conductor has embraced the spirit of Rose and made it their own. With each performance, I can sense the audience’s reaction which is exhilarating.” says Mulcahy.

Since its debut with the Chattanooga Symphony in 2019, The Rose of Sonora’s has been performed by several orchestras nationwide, including the South Bend Symphony, the Wichita Symphony, and the Idaho Falls Symphony. Upcoming performances include the Flagstaff Symphony, the Grand Junction Symphony, and the Brevard Philharmonic. For more information on Holly Mulcahy, George S, Clinton, and The Rose of Sonora, visit RoseofSonora.com 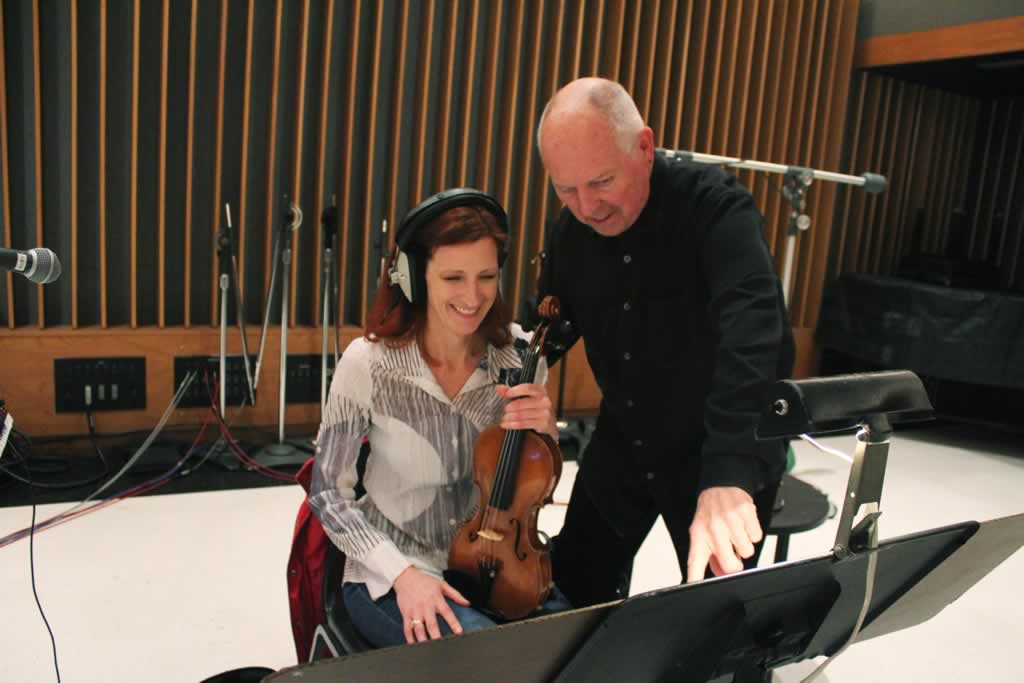 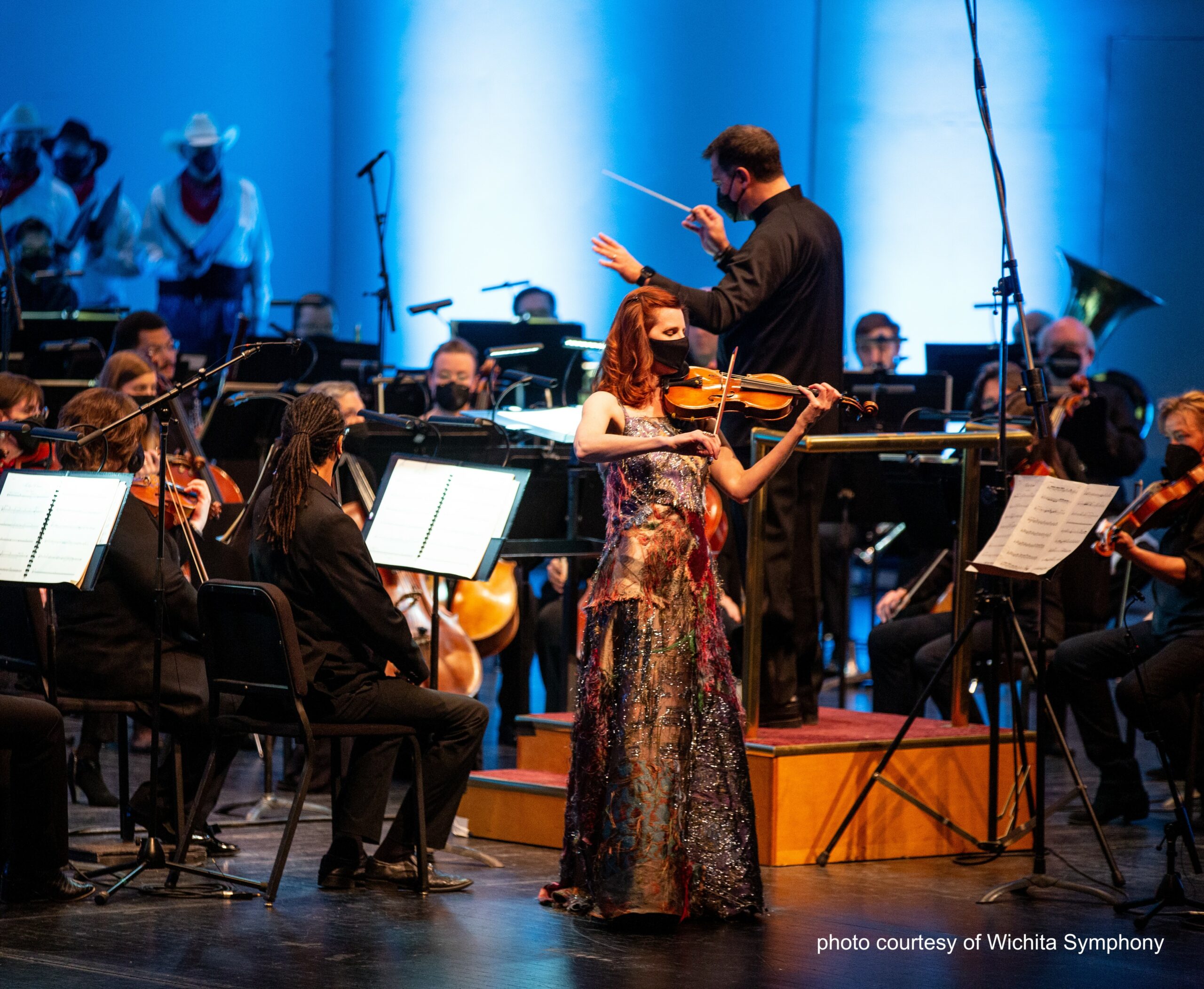