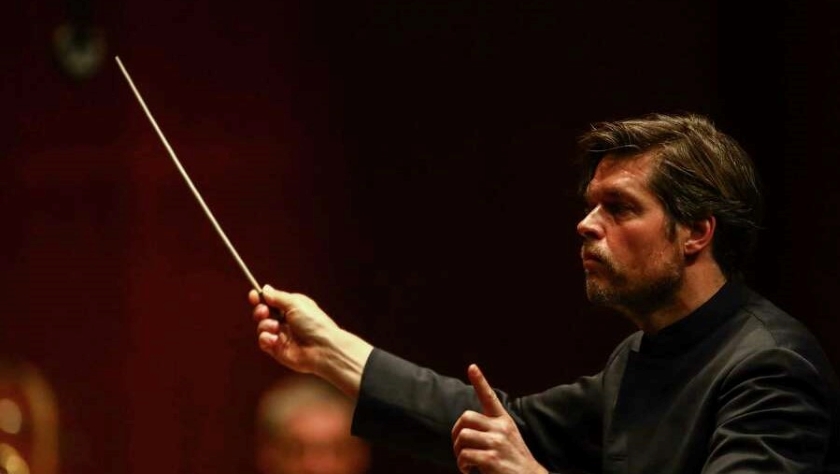 “As music director and conductor for the Houston Symphony, Juraj Valčuha leads a sonic militia capable of incredible torrents of sound,” writes Andrew Dansby in the January 13 Houston Chronicle. “A man whose work, in part, requires sometimes grand physical gestures, the Slovakia-born Valčuha offers heavy thoughts with a thoughtful murmur. He took over the symphony from Andrés Orozco-Estrada in May 2022 … His first proper season began in September. Valčuha’s tenure as the music director at Teatro di San Carlo in Naples ended last month. And he’ll be in Houston for multiple weekends in January and February to conduct. Valčuha discussed a mini-festival that began this weekend with one program and concludes next weekend with another. Both fall under the same festival title: ‘Riots & Scandals.’ Some of the pieces — including Rachmaninoff’s Piano Concerto No. 3 and Bartók’s ‘The Miraculous Mandarin,’ Tchaikovsky’s Piano Concerto No. 1 and Stravinsky’s ‘The Rite of Spring’ — proved radical to audiences in their day…. Valčuha sees in them not just pieces that were provocative at the time, but rather works that have become vessels to consider past, present and future.”