“If asked to guess what under 25-year-olds are listening to, it’s unlikely that many of us would land upon orchestral music,” writes Daisy Woodward in last Friday’s (1/13) BBC.com. “Yet a survey published in December 2022 by the Royal Philharmonic Orchestra (RPO) found that 74% of UK residents aged under 25 were likely to be tuning into just that at Christmas-time, compared with a mere 46% of people aged 55 or more. These figures reflect not only the RPO’s broader finding that under 35-year-olds are more likely to listen to orchestral music than their parents, but also the widespread surge in popularity of classical music in general, particularly among younger generations. There are plenty of reasons for this, from the playlist culture spawned by streaming platforms that make it easy for listeners to discover new artists and types of music to fit their mood, to the solace it provided during the pandemic, not to mention the profusion of classical music in pop culture hits like Squid Game. But perhaps highest on the list is the global wave of Gen Z and young millennial classical artists who are finding new ways to be seen and heard.” 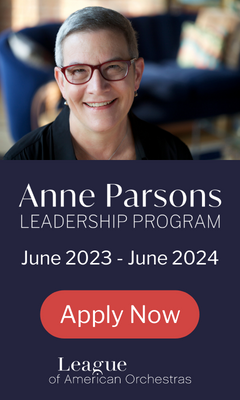 Symphony is also made possible, in part, by public funds from the New York City Department of Cultural Affairs in partnership with the City Council.
We use cookies to improve your experience and support our mission. By using our site, you consent to the use of cookies.OkTerms of Use