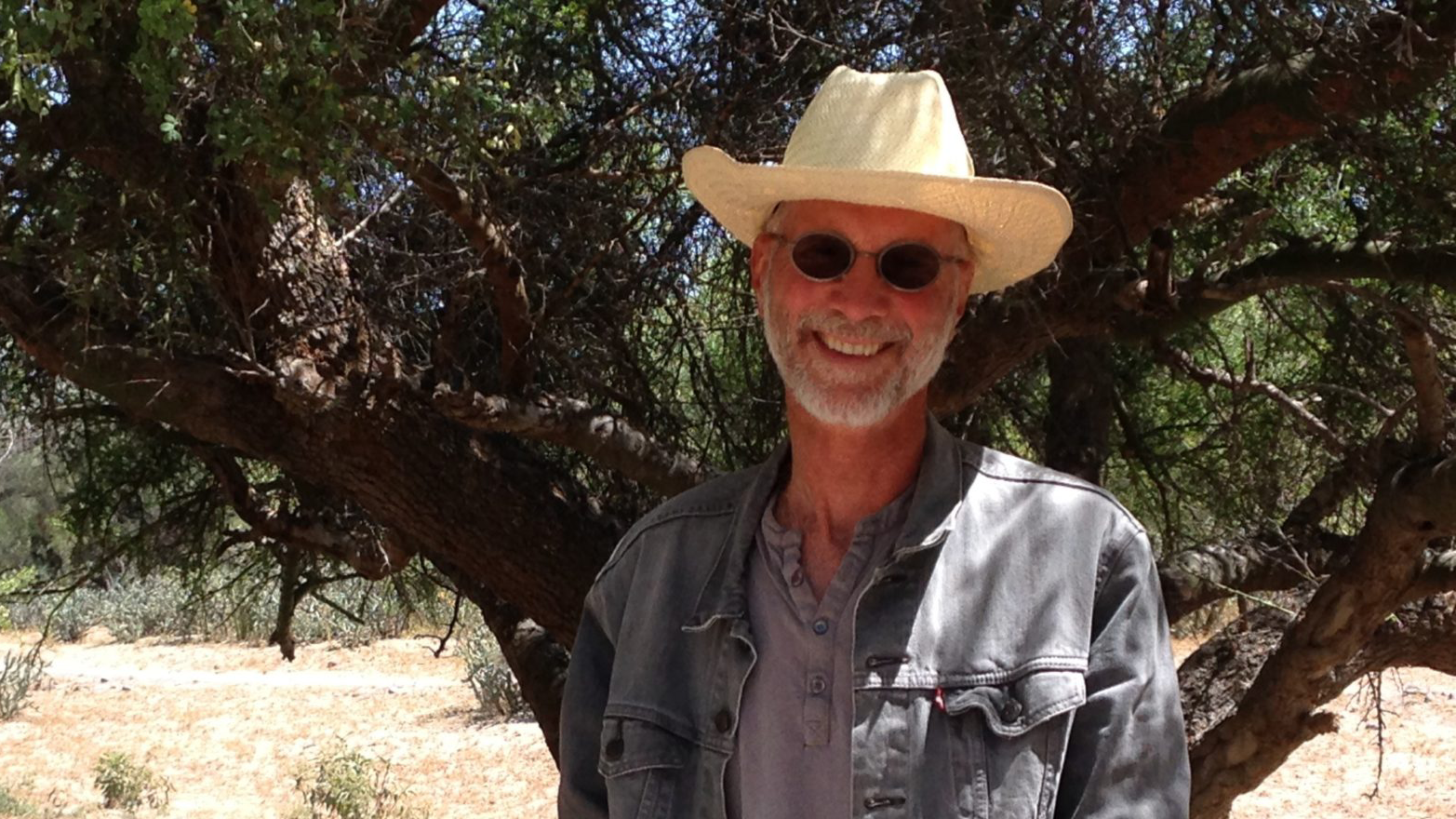 With works including Become Ocean, Become Desert, and others, composer John Luther Adams has become the standard-bearer of conservation-minded orchestra scores. The Philadelphia Orchestra will give the world premiere of his Vespers of the Blessed Earth in May 2023. Photo by Cynthia Adams.

In Brief | Climate change and the impact of humans on the natural environment continue to be a major focus for composers writing for orchestra. Much like climate change itself, the topic is taking on increased urgency, with a broad swath of new works offering far more than soundscapes. Composers and orchestras are taking multiple approaches—and even finding reasons for hope.
Share
Change font size

Even after the Industrial Revolution began, composers largely stuck to a pristine version of nature: all those pastoral symphonies and overtures about calm seas and fresh alpine vistas. But as humans have made their mark—razing rainforests, depleting fish stocks, and burning fossil fuels with abandon—a more sober picture has emerged. Orchestral composers are increasingly turning to scientific literature, photographic evidence, and first-person narratives from witnesses to convey the gravity of climate change and ecological devastation.

Jimmy López Bellido’s Altered Landscape, which the Reno Philharmonic premiered this May, was inspired by photographs of polluted, disfigured, and scarred landscapes, drawn from a collection at the Nevada Museum of Art. The End of Rain, composed by Scott Ordway for the Cabrillo Festival of Contemporary Music this July, features a vocal text based on first-hand accounts of California’s wildfires and drought, crowdsourced from some 225 of its residents.

And John Luther Adams’s Vespers of the Blessed Earth will include a setting of the call of the Kaua‘i ‘o‘o, a now-extinct bird from Hawai‘i, as well as the recitation of 193 critically threatened and endangered species of plants and animals. The Philadelphia Orchestra will give its premiere in May 2023. After working as an environmental activist in the 1970s and ’80s, Adams has become the standard-bearer of conservation-minded works, most prominently with his Become Ocean, which was commissioned by the Seattle Symphony and won the Pulitzer Prize for Music in 2014 and the 2015 Grammy for Best Classical Contemporary Composition.

But just as young climate activists have risen to the fore, a new compositional vanguard is also emerging. Gabriella Smith, a 31-year-old composer and environmentalist from Berkeley, California, has written visceral works driven by her experiences backpacking, birding, and recording underwater soundscapes on the West Coast. Some of her earlier climate-themed pieces are being newly discovered, including Tidalwave Kitchen (2012) and Tumblebird Contrails (2014), which the San Francisco Symphony and Seattle Symphony, respectively, will present next season. Her Lost Coast, which the Los Angeles Philharmonic will premiere in a revised version in May 2023, was inspired by a hiking trip along the Lost Coast Trail, an isolated stretch of the California coastline.

Smith hopes that her music can activate listeners who may acknowledge the climate crisis but don’t grasp its urgency. “Of course what we really need is systemic change on a global, government level,” she says, “but as individuals we don’t have a lot of power on that level. But we do have the power to change the field, institutions, and communities we are all involved in. And I think people are often more receptive to that when it comes as part of a musical experience.”

Smith’s Breathing Forests, which the LA Phil premiered in February, is one of several new pieces concerning California’s parched woodlands, including Robin Holcomb’s Paradise, about the town of the same name that was consumed by wildfire in 2018; Steven Mackey’s forthcoming Delirium Musicum, which evokes the California Redwoods, and Ordway’s aforementioned The End of Rain, written for the Cabrillo Festival Orchestra in Santa Cruz, California and vocal group Roomful of Teeth.

Ordway drew on focus groups, classroom visits, and written submissions from the Cabrillo Festival’s dedicated website (theendofrain.com) to gather some 80,000 words of testimony about the California wildfires. “For reference, that’s a good-sized novel’s worth of words,” he says. “I wanted to find the shared concerns of a large community that perhaps transcended any one individual experience.” Some stories were tragic or harrowing, such as that of a girl seeing her father perish in the flames.

Ordway, who teaches composition at Rutgers University in New Jersey, says the performance will also feature projections of his own photographs of the charred landscapes around his native Santa Cruz. “It was powerful to me to meet with people whose experiences were very different from my own,” he says of his travels through the politically conservative region of central California. “I wasn’t trying to provoke conversation about climate change. I am, of course, motivated by a concern for our changing climate but my subject is people rather than a scientific phenomenon.”

Composer Gabriela Lena Frank, based in rural Boonville, California, turned the horror of seeing her state burn into multiple environmental pieces, including Pachamama Meets an Ode. Premiered in February by the Philadelphia Orchestra, the 11-minute work for orchestra and chorus weaves together themes of colonialism and exploited ecosystems that date to Beethoven’s time (the work’s title reflects the fact that it is intended as a companion to Beethoven’s Ninth Symphony).

Frank has also put climate on the agenda at the Gabriela Lena Frank Creative Academy of Music, her nonprofit teaching institute, through a two-year program dubbed Composing Earth. Among the composers in the program is Iman Habibi, an Iranian-Canadian composer whose 2020 breakthrough, Jeder Baum spricht (“every tree speaks”), is, according to the composer’s note, “an unsettling rhapsodic reflection on the climate catastrophe.” The five-minute score was written as a sort of dialogue with Beethoven’s Fifth and Sixth symphonies and is titled after a phrase in Beethoven’s writings. Since its premiere by the Philadelphia Orchestra, the piece has been played by the Boston Symphony Orchestra and, coming next season, the orchestras of Kansas City, Milwaukee, and Toronto.

Habibi says he hopes the piece can continue to gain traction in areas away from the coasts and large cities. “It’s easy to feel like what we do is so small and doesn’t matter, but I think it has a ripple effect,” he says. “One person sees it and then they pass it on to the next person. That’s my hope at least.”

Altered Landscape charts multiple themes—the Anthropocene epoch, the COVID-19 pandemic, and earth’s electromagnetic resonances—before a luminous finale that salutes human ingenuity. “There are actually a huge number of people in science right now working on solutions,” López Bellido says. “I want to believe that we will make it through and find a solution to all of this. I wanted to use this piece as an inspiration and tell [scientists] to keep working, keep doing what you’re doing.”

A few composers have tackled climate change denial itself. In Lucas Richman’s The Warming Sea, a chorus represents the siren song of climate-change deniers “whose alluring messages of complacency ensure an ultimate doom to those who listen.” Premiered in March, the piece was a commission from the Maine Science Festival and the Bangor Symphony Orchestra, where Richman is music director. Similarly, Vijay Iyer’s Crisis Modes, introduced by the Los Angeles Philharmonic’s New Music Group in 2018, is a call to the barricades, to “push through a haze of denial,” according to the composer’s program note.

Other composers look for poetry in scientific and activist literature. Drew Hemenger’s Ozymandias: To Sell a Planet, which the Boulder Philharmonic will premiere in October, incorporates speeches by climate activist Greta Thunberg as well as U.N. climate reports and Native American texts. Julia Wolfe’s UnEarth, a multimedia oratorio that will examine “forced migrations, adaptations, species loss, land loss and changing seas,” is slated for a June 2023 premiere by the New York Philharmonic.

Aaron Jay Kernis’s Earth for tenor and chamber orchestra (2021) features texts by poet and agricultural researcher Kai Hoffman-Krull, while Mark Adamo’s 2019 Last Year is a meditation on extreme weather with a nod to Vivaldi’s Four Seasons. Both pieces have been performed by the Houston-based ROCO (formerly River Oaks Chamber Orchestra), which devoted its 2021-22 season to environmental themes.

Orchestra managers may ask whether such pieces merely preach to the choir—or risk alienating it—but Philadelphia Orchestra President and CEO Matías Tarnopolsky believes the topic will remain vital. “These are not political statements,” he says. “Cultural organizations exist in our society to create these moments of transcendence and transformation and open doors into new ways of thinking about the world. Artists don’t create art just to be passive on the side. This is about the responsibilities of cultural organizations to engage audiences.”

And for orchestras who are contemplating climate-themed programming, Tarnopolsky offers this straightforward advice: “Trust the artists and be fearless.”

This article originally appeared in the Summer 2022 issue of Symphony magazine.